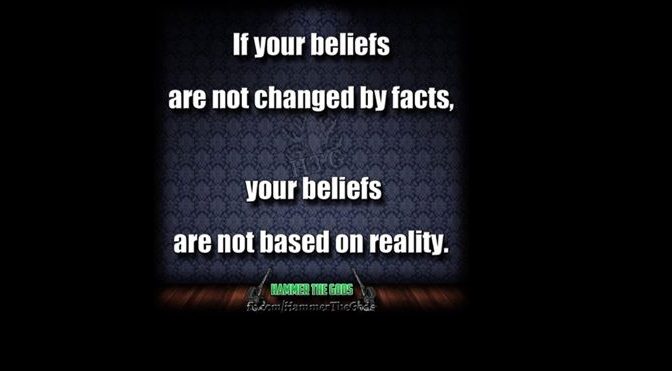 This morning, Miranda Threlfall-Holme posted a column that credited a 17th century clergyman, George Herbert, for converting her from Atheism to Christianity.  It’s seems that when she was a teenager Miranda was a “cultured despiser of religion” who “dismissed religion as being for the weak of mind, a crutch, something that intelligence and reason made unnecessary and undesirable. ”

But when she read George Herbert’s poetry one weekend, she thought it was: “the most fiercely intelligent poetry I had ever read, grappling with Christian doctrines and with a relationship with god.” And she thought that if that brilliant mind believed all this, and devoted a life to it, then clearly she needed to look at it again.

“Certainly the poems are unashamedly intelligent. They are an example of the metaphysical school of poetry, which deliberately piled metaphor upon metaphor, and drew those metaphors from the cutting edge of contemporary science and philosophy. They flatter the reader by assuming a breadth and depth of political, theological and scientific knowledge.

They are also full of genuine emotion. This makes them feel much more modern than their date would suggest. For Herbert, religion is never simply a set of dogmatic assertions, or a collection of cultural practices, as historical religion is sometimes caricatured. Nobody reading these poems can be left in any doubt as to Herbert’s emotional engagement with his subject matter. The question Herbert’s poetry raises is eternally contemporary. The poems don’t ask us “is this true?” But “how do I feel about this?”

Some teen-age atheists, as she was, are really just on a reactionary dismissal of the self-righteousness and authoritarianism that they see present in Religion.  (I know I was, but I still believed in God then.)  They don’t want any part of it and decide that they must, therefore, be atheists.  In reality they are anti-theist.  They are against religious belief.  However, this is not a position that is well thought out.  They don’t have a good grasp (if any) of the anti-apologetic explanations that show why religious beliefs are not credible.  They don’t understand the many logical reasons for dismissing religion out of hand; and when they experience awe, as she did reading Herbert’s poetry, she wanted to be a part it; of what she felt was a very wonderful and beautiful belief system.

Just as her emotions made her anti-theist in the first place, her emotions later brought her back into the fold.  She did not think out either position.  Although she recognized and respected the great intelligence evident in the poems she read; she should use her own intelligence to take it one step forward:  George Herbert was a product of his time.  In the 1600’s, if he had instead decided that Christianity was bull and wrote about it, he, in all probability, would have been burned at the stake by the church.  He was a poet, and a very good one, and had to ply his craft in a Church-dominated era.

Leonardo Da Vinci was an artist, and he painted many beautiful works for the church which, I’m sure, inspired many to stay in, or join, Catholicism; but he was hardly a pillar of belief.  In 1550, an autobiographer wrote, “his cast of mind was so heretical that he did not adhere to any religion, thinking perhaps that it was better to be a philosopher than a Christian.”

All humans are capable of feeling AWE.  Many artists work diligently to excite that particular emotion in their works.  Carl Sagan was adept at communicating his awe of the cosmos in his writings, and his videos, but he was still an atheist.  Diana Nyad, the marathon swimmer, and atheist, who swam from Cuba to Florida, expressed her awe of the world and the universe to Oprah on her TV show.  However, as religious people will, Oprah immediately denied Diana’s atheism, and projected Deism onto her.

But, one must ask, why did this move Miranda to Christianity per se?  Christianity is a very specific belief system.  It makes particular claims of the universe and how it began; what morality is, what sin is and how we have to be redeemed for our sins, etc.  What about AWE drew her to this particular religion?  Why not deism?  Deists believe that a god exists who created the universe (and the feeling of awe in her) but does not interact with humans in any significant way (if at all). One kind of Deism states that a god created the universe then died, or simply went away.  Deism has no religious dogma, and no authoritarianism.  So, why did her awe draw her to Christianity?

Two things, I would think:  Christianity was the subject of the poetry itself AND it was the religion she was raised in.  What would have happened if she had been raised in an Islamic country, or a Hindu country; or even a country that practiced Taoism or Buddhism?  She, as a teenager, would not have thought about this over much.  Initially, she had been presented a god but did not like the religion that went with it, and rebelled against it; but had no real answers about the feelings of awe that she experienced when she read that poetry, so she reverted to her earlier teachings.

Note the important point here, is that it was her feelings that brought her back, not a process of thought, logic, or rationality.  She herself says:

“It is this question that slipped under my guard as a teenager. It was easy to dismiss the truth of the 20 impossible things that religion seemed to expect me to believe before breakfast. It was much harder to dismiss my own emotional reaction to these poems: the beauty, the yearning, the enticing danger. They left me with the sense that I was standing on a cliff, staring out to sea, hearing marvelous tales of lands beyond the horizon and wondering if they were, after all, just fairy tales or whether the intensity with which the tales were told was evidence that the teller had indeed seen a barely imagined kingdom.”

She makes a lot of sense in the first part, but there’s a non-sequitur there.  She seems to have it ingrained in her that awe comes from God and Christianity is the only valid religion for worshipping that god.  This is more than a false dichotomy; 1) If awe only comes from a god; why Yahweh in particular?  People have worshiped thousands of gods over the history of mankind, and still do.  2) Or it could come from another supernatural source that could possibly be out there.  3) Or there could simply be a rational, scientific, humanistic explanation.  Awe, and other human emotions, could just arise from chemical reactions in the body when confronted with beautiful poetry or the grandeur of the cosmos; no supernatural explanation necessary.

However, as Ayn Rand said: “Faith is the equation of feeling with knowledge.”  Believers tend to equate feelings with facts; and that kind of thinking brought her back to the fold.  How many other practicing Christians are still believers because of the feelings they get when they sing hymns, or pray together; especially when preachers actually confirm those feelings by telling them that “The wonderful way you feel is the Holy Spirit moving within you!”?

Religions attempts to redefine the source of those feelings to further its own agenda and keep believers in the pew.  Good feelings?  “That’s God showing you how much he loves you”.  Bad feelings?  ”Oh, that’s Satan wanting you to do wrong”.  Even if that was true, it says nothing about which god is doing it, or which demon.  Heck if we are to consider supernatural sources, why not pixies, or wizards or fairies?  Or maybe even the flying spaghetti monster?