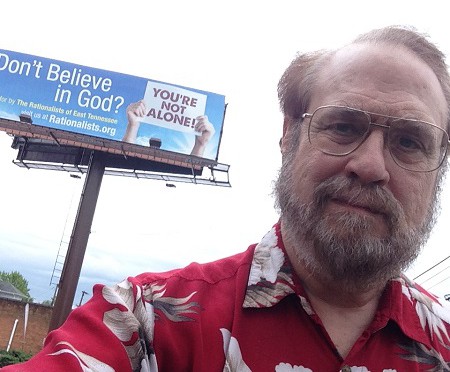 After leaving the service (Navy), in 1972, I took advantage of the GI-Bill to attend the University of Tennessee in Knoxville.  There I met my very first atheist.   She showed me that non-belief was actually a rational option; something society had been trying to keep from me for my entire life.

The purpose of this blog is educational: To bring information and insight about Freethought and Atheism to the general public, to foster tolerance and understanding of the humanist position and to strengthen wall of separation between church and state.

I am available for public speaking.  I’m happy to speak on Atheism, Religious Faith, Christian Apologetics, church-state separation or the examination of religious beliefs.

You can reach me via email at: larry@digitalfreethought.com