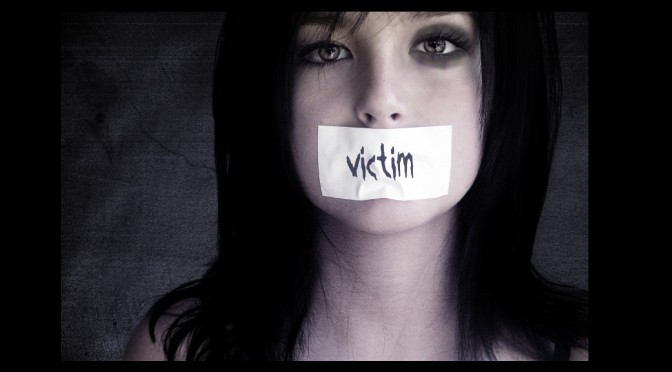 Some idiot wrote an article talking about the fall from grace of the Duggar’s supposedly re-victimizing the girls.

NOT speaking about it helps it stay the way it is. NOT exposing the secrets, lies, and prejudices of the religious community keeps it going.

My post about the article which is a further testament to the religious ability to sway people into silence in order to “protect” while it actually just hides the harm. As a victim of child molestation this is what I have to say about religion’s role in my life and that filthy book that actually wove the attitudes into religious minds that it is the victim who must be quiet and ‘forgive’. This is my response to the writer of the article who says we shouldn’t talk about the Duggar’s.

“I received validation in the secular community, never in the religious one. And as long as religion has a 90% stranglehold on society it will continue its sick ‘fruits”.  When 90% of a country is religious it goes to show that the religious are making the laws….and it’s embedded in a society to protect abusers.

Not only in the Catholic Church, but in the Protestant and so forth.

In India the woman raped on the bus was told by the monks, “she should have looked her attackers in the face and said, “brother why are you doing this to me and they would have stopped”.

Victim blaming is written in the very holy books and is a cancer. Women are NOTHING in religion.

Deut. 22:23-24 stone the rape victim for being so frightened she did not scream.

Deut 22:28-29 rapist MUST buy the girl he rapes from her father by god’s commandments

Judges 21:10-24 murder and rape condoned and commanded by god.

2Samuel 12:11-14 – god tortures baby with illness for his father’s murder and wife stealing. God will have wives raped in front of the eyes of husbands.

What was that we were taught in Sunday school??? If the root is evil it’s all rotten. When will people throw out this rotten book and quit following its ‘precepts’.

If the core of the religion and its base is rotten it is no wonder society protects the abusers and blames the victims.

I am posting this also as it is the core of what I’m trying to say against the ignorance of this author.

The fact that to this day as I sit here to type this… I am shaking uncontrollably and freezing to death from the trauma of what it could mean if I thought well enough of myself to say that, my own father molested me and every time I have sex I get images of his face and with the sensation of private parts on my private parts, w/o being concerned about the backlash from family and community tells me enough about religious ‘forgiveness”. It’s a disgusting silencer of victims.

And to have this same person walking around NEVER once admitting what he did and continuing over the years to re-affirm to everyone that I am possessed and always hated him…..and people wondering why I just can’t get over it while he has his entire life been surrounded by people making sure he never faces what he did, it devalues the victims and leaves them in never-ending pain.

It is NOT help to tell the victim to forgive. It goes on and on and on and it never stops because we are all too willing as a society to keep it quiet and make ashamed the person who should be able to scream about it openly and speak publicly about it.

If every victim received the open outrage AGAINST the abusers by their surrounding adults, family, friends than it would stop. But always the victim is told how to explain away what happened. He was drunk, he didn’t mean too, he was a kid, he this…. they that….it happened to them…..

And the pain of my sister whose attitude was always on trial and not the victimizers in the churches. The one person who screamed and did what everyone else should have been doing was shamed. She’s not submissive, she’s contentious, she’s belligerent, hateful, “unforgiving”.

Forgive me or not…I HATE religion and the role it played in our family and its history…. And the Duggar’s are another example of how it works.