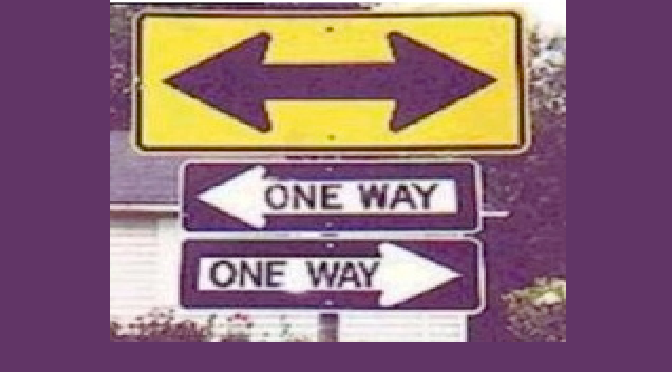 Most times, when religious contradictions are cited, they refer to individual biblical contradictions in specific terms, actions, or facts; but it’s the major movements, or concepts, from the Bible that gives us the most pause.

The laws of physics are out the window since God is believed to be able to do anything, but to be logically inconsistent, brings his very motives, actions, and validity into critical scrutiny.

For instance, consider the following meta-contradictions about Christianity.

Original sin is the basis for casting humanity out of Paradise, and cursing all of mankind forever. But how could Adam and Eve have known it was wrong to eat from the tree if they didn’t know the difference between right and wrong until they acquired that knowledge from the fruit? Wouldn’t they have been as innocent of that concept as the beasts of the field? And if God had taken the time to explain it to them in order to make it clear that the fruit was out of bounds, wouldn’t that have negated the need to eat the fruit in the first place? He would have given them the knowledge of good and evil verbally.

Take the story of Jesus’ sacrifice. Why would a loving father allow his son to be tortured and killed in order to save humanity when He could have saved the human race without it? It certainly was in His power to do so, indeed what isn’t supposedly in His power?

Believers are very fond of saying that Jesus died for their sins. But how does that even equate? How does somebody else accept responsibility for something you did? You can pay another person’s debts for him, but you can’t accept that person’s responsibility for his actions by dying for them. Also, Jesus didn’t really DIE for our sins, did he? To Christians this life is nothing anyway, compared to the afterlife. He suffered a day or two of torment, and then his physical body died. But if you’re a believer, you have to think that he (as God) KNEW that it was just a very temporary setback as he would then just go on to heaven where he would reign for the rest of eternity at the right hand of God (if not as God himself).

Regarding the Holy Bible, why would an all-knowing God write His message in such a way that it would most certainly be subject to a thousand different interpretations, causing his followers to splinter into a thousand differing, and warring, factions? And consequently condemning millions of souls to an eternity of suffering through no fault of their own?

Other meta-contradictions of Christianity are present even when the Bible isn’t brought into the question.

Why would a loving god give mankind great intelligence and driving curiosity, but then make belief without evidence the condition for eternal salvation? Rather, if religion is supposed to be the basis for morality, should it not be good works, or the demonstration of compassion for your fellow man, that determines it? Why would a God require Faith to believe in Him when providing evidence would be easy? And when that same Faith could be used to justify ANY belief, even false ones, or those of a false religion?

How could an all loving God TORTURE anyone, even for one day, much less for all eternity? Remember, this type of torture is not corrective, as imprisonment might construed to be, but simply for the sake of punishment itself, with no hope for release after a specific time (after, say, the amount of time a murderer’s victim might have lived, or when a lesson has been learned.)

How could an all loving God allow millions of innocent children to die of hunger, abuse or cancer when it is well within His power to stop it? And in the case of abuse, and child rape, when he knows what is in the mind of the rapist before it actually occurs? In America, we call that “accessory before the fact”, and we hold those persons legally liable for their inaction.

Why would a loving god let TV evangelists take money in His name from the poor, the old, and the infirm? For that matter, why would he allow people to kill and torture in His name as they did during the Inquisition, or as ISIS is doing now?

If God is constantly curing illnesses through prayer and faith healers, why does He never re-grow an arm or a leg, or produce any sort of miraculous cures that would be observable and verifiable? Why are there no faith healers in hospitals and hospices where they are truly needed, and where their efficacy could be validated?

These questions are just the tip of the iceberg. When you stop suppressing your own skepticism, you can see what your religion really is: the fantasized histories, invented stories, and wishful thinking of our superstitious ancestors.

And these stories have been perpetuated and expanded upon for thousands of years to give the priesthood elevated social status and wealth, after they successfully inculcate you with the fear of where you will be spending your afterlife.

Do not worry about where your “soul” will spend eternity, for there is no evidence that any intelligence can exist without a natural, physical basis for it, such as the brain.

There is also no evidence for any kind of magic or anything supernatural. The only thing you can truly know is that you exist here and now. There is only one life you can be sure of, the life you’re living now. So use that life to make this world a better place for yourself, your loved ones, and the many generations that will come after.

We as a species hold great promise. We should not allow charismatic charlatans, holding ancient texts, to keep us from our full potential.