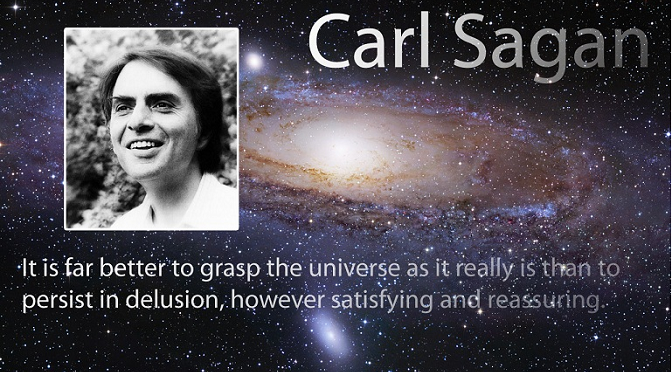 Where do I think the universe came from? I don’t know. Nobody does; certainly not your preacher. Besides, saying that “God did it” really explains nothing. You’re in essence saying that an unseen, unknowable being created it in a way that we could never understand. You might as well say it was magic, or fairies!  It has no explanatory power and doesn’t really tell us anything about the universe, or its creation. Also, when you say “God created the universe,” it begs the question, “Who/what created God?” then “Who or what created that entity?”

Here’s the problem. People do have valid questions about the origins of our universe, of life, and of humanity. Where did they come from? Where did WE come from? Do we have a purpose?  And so on.

These questions are very basic human questions and it would be wonderful if the answers were easy to come by and easy to understand. However, they are anything BUT basic or easy to answer. To arrive at any kind of respectable or defendable answer you would have to study physics, chemistry, biology, anthropology, and philosophy just to begin with! We have long since passed the point where the layman can do more than can scratch the surface of these many diverse fields.

But religion makes it easy! Just study one book and get some help from your preacher, and you have ALL the answers!  “God created the Universe..” “We’re here because He put us here.” “Our purpose is to serve Him (and the church).”

Sure, these answers are easy, but they’re really not answers at all because there are thousands of religions on the planet, and most have different answers to those questions. And even if we knew that one of the religions was true, we still wouldn’t know how that deity did it, or where it came from, or what their purpose was for putting us here. When we follow religion, we are not following the SAME religion/sect/teaching, and it’s very divisive. Even if we all DID follow the same religion, how long would it be before it splintered and fractured?  They all do.   Look at Northern Ireland. They’re all Christian, yet the Catholics and Protestants war over the interpretation of Christianity.  Also, look at the clashes between the Shiite and Sunni, both factions of Islam.

Religions cause elitism, intolerance, and war. These are paths we can no longer afford to take. Humanity is too interlinked, the world is too small, and nuclear weapons are too abundant for us to continue down that path.

The sciences however, all over the world, tend to converge on scientific truths. Over time, using constantly improving instruments and techniques, science focuses our understanding of the universe to an ever -sharper image.

The main difference between scientific and religious answers is the way they go about getting those answers. Science starts by examining the universe, and tries to figure it out working from the data to the answer. Religion works backwards. It says it already HAS the answers, and says those answers are received through “revelations from God”; mainly found in their holy books. Then it tries to find data in the universe that supports those revelations, ignoring or denying evidence that contradicts them. Therein lies the problem.

David W. Key, director of Baptist Studies at the Candler School of Theology at Emory, put it this way: “The real underlying issue is that fundamentalism […] is incompatible with higher education,” Professor Key said. “In fundamentalism, you have all the truths. In education, you’re searching for truths.”

In the past, religion has denied that the world is round, that the sun is the center of the solar system; and that illnesses can be caused by microscopic organisms.  Galileo Galilei was imprisoned, and Giordano Bruno killed, for espousing their scientific discoveries during a time when religion (the Catholic church, in this case) contradicted their findings.

Fundamentalist religion is currently denying evolution at a time when every major accredited institution of higher education in the world accepts it as the backbone of modern medicine.

So what do you do? Take some time and learn about the world around you. I, personally, enjoy the study of these different fields. The internet has put all of the sciences at our fingertips. You would be surprised how accessible and understandable the information is nowadays, if you will only take the time to ASK the questions, and use your brain!

“Learning is lifelong.” And fun! Just open your mind and start!

3 thoughts on “Ok, so tell me where the universe came from ?”