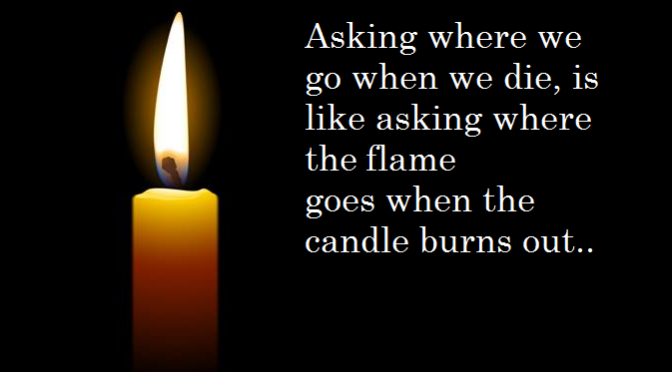 The Knoxville News Sentinel recently ran an article describing the Atheists Society of Knoxville; it’s formation and history. Not long afterward, they received this letter to the editor (Inset left).

Here is my reply below. I really doubt that they’ll run it, due to it’s length. (Later note: They did!)

As an atheist (and the atheist that they were writing about in that Sunday’s Life article) I feel I should address Mr. Dewberry’s concerns about Atheists.

Your understanding of atheists is quite incorrect when it comes to Christ. It’s not that we think “Not your will, but ours.” It’s that we hardly think of “Christ” at all when it comes to our daily decisions. We realize Jesus was just a man, a Rabbi if you will, who traveled the Middle East around 2,000 years ago, and said some remarkable things. Remarkable in that no one else was saying them; and for his enlightened, liberal speech, he got crucified by the right-wing, conservative “holier than thou” folks of that age, who professed to know better what God wants. But I digress.

We Atheists, Humanist, and Freethinkers have come to the realization, often slowly and painfully, that we are indeed alone in this universe, with only each other to depend on; and without some powerful father figure in the sky who preachers say promises us eternal life.

Let’s put aside your sideways allusion to Pascal’s Wager (a False Dichotomy) and whether god(s) exists for a moment, and talk about souls. You say “The bold fact is that when the physical life is over, our souls will live on for eternity.” No, that is anything but a fact; bold or otherwise. Even if Atheists were to all turn Deists tomorrow, and put the question of believing in a god behind us, you’d still have to prove that Souls exist.

After that, you’d have to prove:
1) That souls can, and do, contain our mind, memories and identity independent of the brain.
2) That souls survive the death of our bodies intact.
3) That they will continue to live on for an eternity.
4) That there are places for the soul to go after death.
5) That the specific places: Heaven and Hell actually exist. (Each one would have to be separately proven.)
6) That souls actually go to one of those places, and not to the afterlife location of some other god.

BUT Christians have never, in 2,000 years, bothered to prove any of these claims.

These questions only pertain to the soul, but there are a hundred (thousand?) other claims that Christianity just sweeps aside without any attempt at providing evidence.

Also, before you go reaching for your Bible, you have to remember that the Bible is not proof. The Bible is the claim. You’re just restating those claims when you quote it.

That being said, I’m going to join you in wishing that all Christians who have read your request to “pray to open atheist’s hearts” will do just that. I’m sure that if all Atheists turned into Christians next week you would claim that God is almighty; and further claim that that removes all doubt as far as God’s existence is concerned! But you also have to live with the corollary:  If we DON’T all turn to Christ, then it is evidence that He really… doesn’t… exist… Deal?